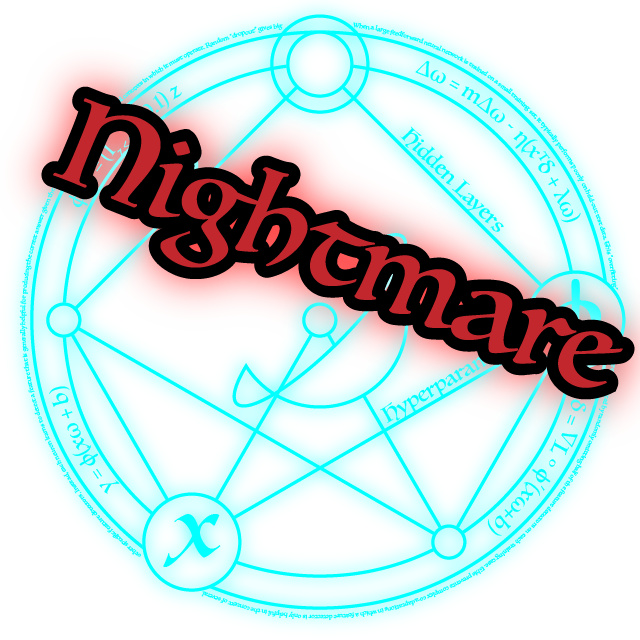 Once upon a time, in a University building almost, but not quite, entirely unlike the one you are sitting in right now, Simonyan, Vedaldi, and Zisserman had a great idea. They thought, hey we've been running these neural networks forward and they work pretty well, why not run them backward too? That way we can figure out what the computer is actually thinking about in there...

The resulting images were so horrific, so grotesque, that their screams could be heard all the way to Templeton. 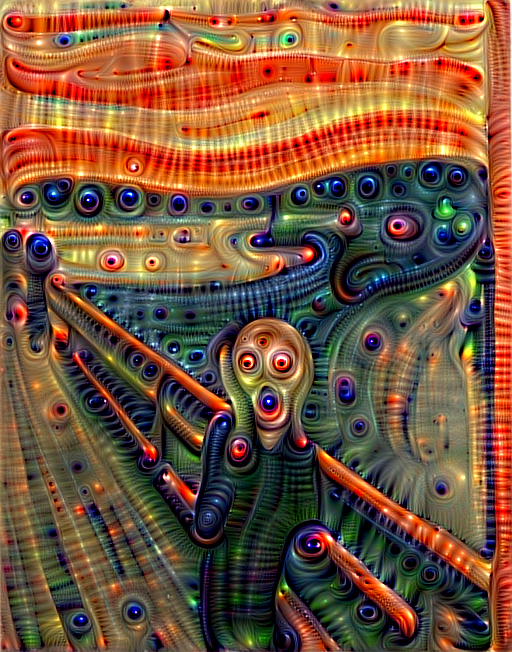 Many researchers have expanded on their work, including a well publicized blog post by Google.

This is me copying those people who copied those other people who had a good idea.

Have A Nightmare With Darknet

If you don't have Darknet installed, do that first! To have our nightmare we will use a VGG-16 pretrained model. However, we don't need the whole model, just the convolutional layers, so we can use the vgg-conv.cfg file (which you should already have in the cfg/ subdirectory). You will need to download the pretrained weights here (57 MB).

Now we can generate the scream image you saw in the first paragraph:

This might take a while for you, especially if you are using CPU only. On my machine it takes about 15 minutes. I HIGHLY recommend enabling CUDA to generate nightmares faster. With CUDA enabled it takes about 7 seconds on a Titan X.

You can experiment with lower layers to get a more artistic feel: 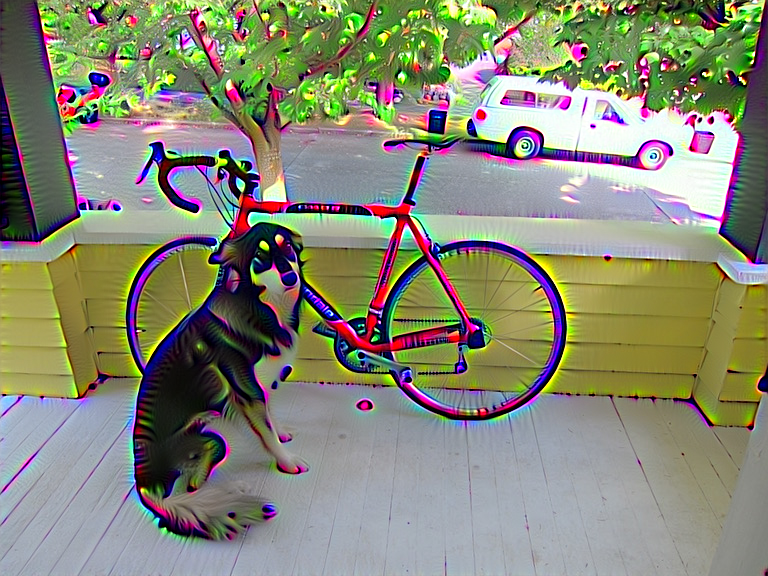 Or with higher layers to get more complex emergent behavior: 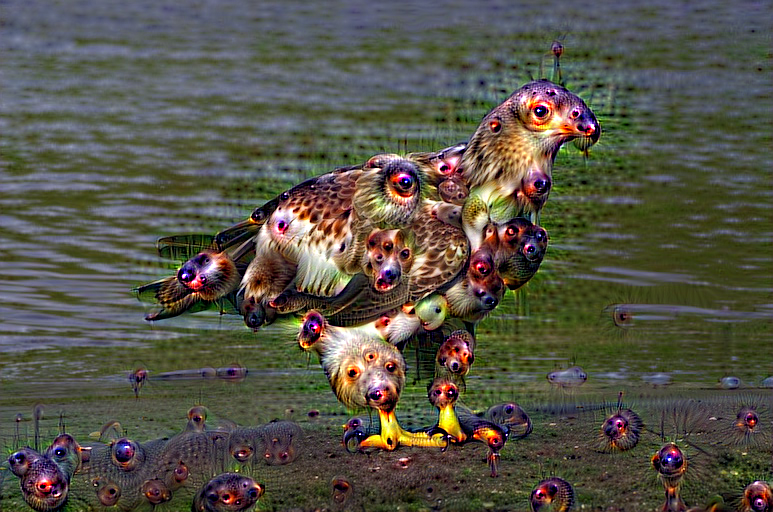 You may notice that your generated scream dude doesn't look quite the same as mine. That's because I use some special options! The actual command I use is:

Darknet generates the image in successive rounds, where the output of the previous round feeds into the next round. The image from each round is also written to disk. Each round is composed of some number of iterations. In each iteration, Darknet modifies the image to enhance the chosen layer at some scale. The scale is chosen randomly from a set of octaves. The layer is chosen randomly from a range of possible layers. The commands to modify this procedure are:

There is a LOT here to play with! Here's an example with multiple rounds and a steady zoom-in:

VGG-16 is a very large model, if you are running out of memory, try using this model instead!

The cfg file is in the cfg/ subdirectory (or here), you can download the weights here (72 MB). 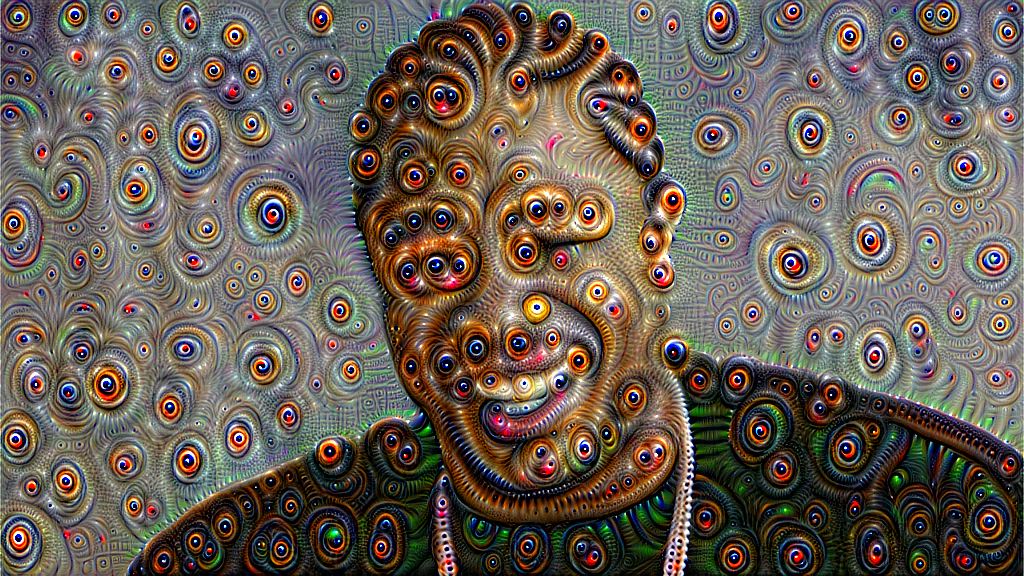 Comparison With Deep Dream and GoogleNet

These examples use the VGG-16 network. While GoogleNet seems to fixate on dogs and slugs, VGG likes to produces badgermoles, a weird cross between a rodent and a monkey: 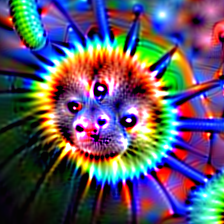 VGG also does not have the local response normalization layers that GoogleNet has. As a result, its nightmares are often hyper-saturated with starbursts of color. 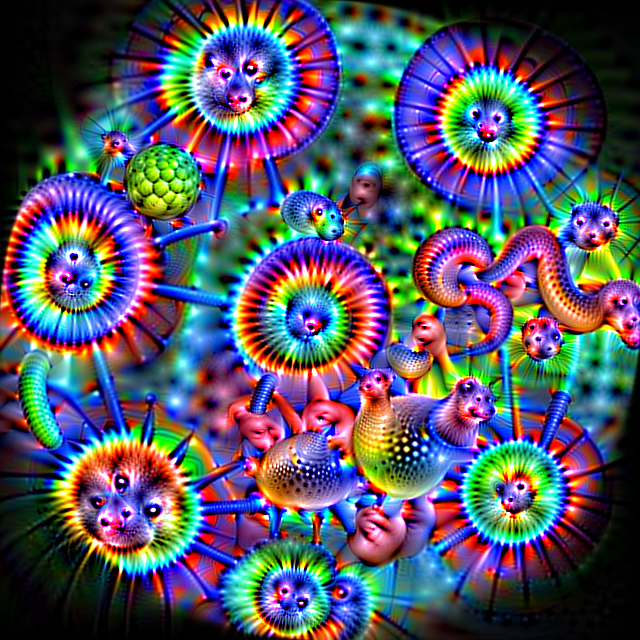